Apologies for the long absence! I just got back from a 2 week trip in Sweden, Denmark, and Norway and promise to get back into updating this blog on a somewhat regular schedule. For now though, I thought it would be fun to share some snaps from my trip!

Here are random things I learned about Scandinavia:

Stockholm looks like it was dreamed up in a fairy-tale. The skies in Copenhagen are unbelievable blue. Bergen might be the most beautiful place I’ve ever been to.

There are cakes and pastries everywhere!

The Luksussnegl at Meyers Bageri! The Valrhonaboll at Chokladkoppen! The Princesstårta at Vete Katten! Who knew marzipan could be so delicious??? I have a pretty major sweet tooth, and there were moments I literally could not eat any more. Pro tip: there IS such a thing as too much chocolate and it is ordering drinking chocolate to go with your chocolate ball. 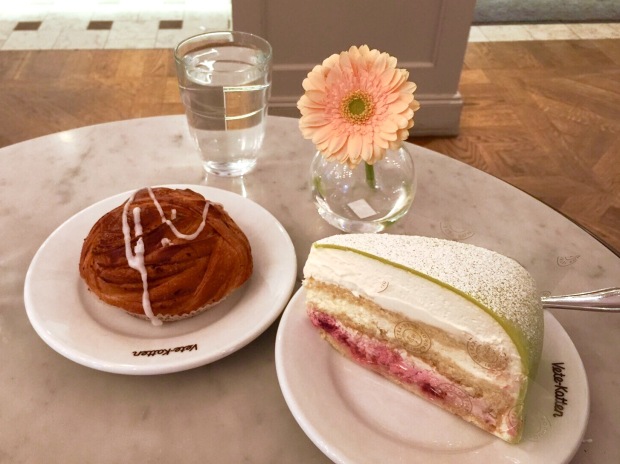 Vanilaj and Princess Cake. We came here every day we were in Stockholm because we couldn’t get enough Princess Cake!

Chokladkoppen is right across from the Nobel Museum and makes some of the messiest and most delicious chocolate balls we had.

Trains are expensive, planes are cheap –

My flight from Stockholm to Copenhagen cost $26, which was less than what the 20 minute train ride from Arlanda airport to Stockholm Central Station cost. That said, some of the train rides are quite scenic, particularly the one from Bergen to Oslo.

The Netflix selection is really good –

We kept a really strange sleep/nap schedule, so I spent a lot of time watching Netflix at 4AM when nothing was open. Scandinavian Netflix has tons of English shows, including ones that aren’t even available on Netflix USA, and episodes of Better Call Saul are available on Netflix the day they come out!

Reindeer, elk, moose, and whale meat were everywhere in Norway! We only tried reindeer, in meatball form and sausage form, and it was really tasty.

We also saw (and pet!) some reindeer at Skansen 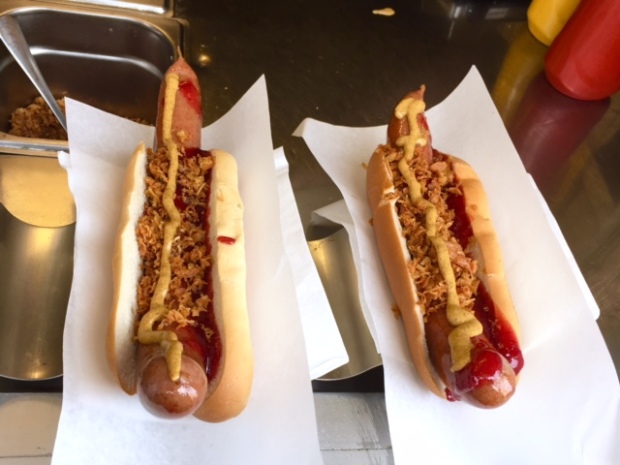 We ate TONS of it, in every form. My favorite? Fiskesuppe at Kajsas Fisk in Stockholm. Tomatoey soup with chunks of fish, shrimp, mussels, and a few generous spoonfuls of aioli. Amazing stuff. 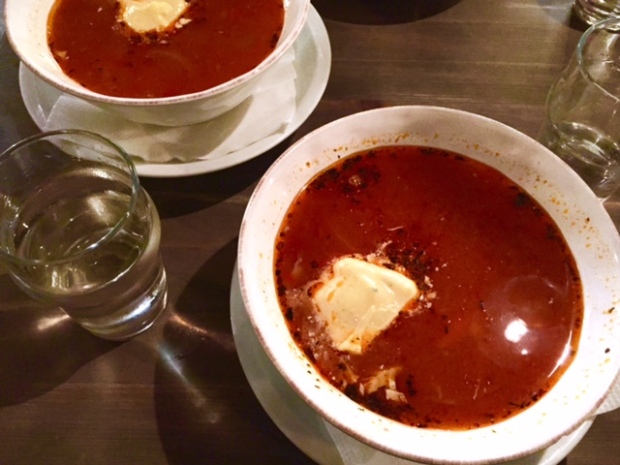 What this bowl lacks in photogenicity, it makes up for in flavor!

Tivoli Gardens is like and old world Disneyland with no lines!

We were planning to walk through Tivoli, but ended up spending the whole day there. It’s a beautiful, somewhat carnivalesque, old world amusement park with tons of charm (like nutcrackers holding up stair railings and albino peacocks wandering the gardens). There are not a lot of rides, but lines were also short so we went on the ones we liked repeatedly until we literally felt sick. 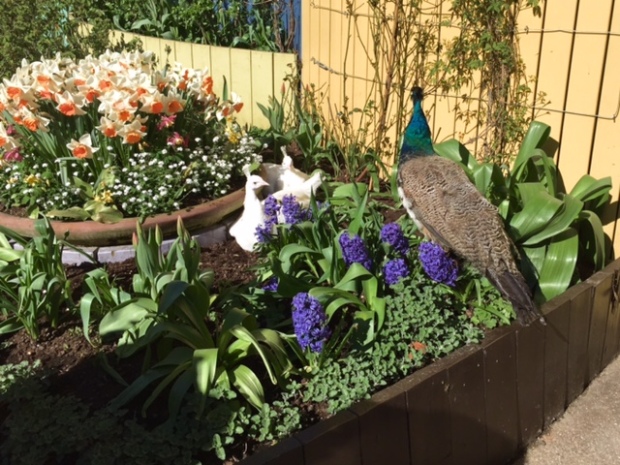 Overall, an amazing trip! I do wish we ventured further North or South into the less city areas of Norway to see the mountains and fjords there, but I can always do that on a later trip. Also, everyone in Scandinavia had these long, textured coats and cardigans. Where do you guys get those? We looked in the stores but they were already selling spring and summer clothes, even though it was snowing (in Oslo)!