It took a while, but I am now a full-fledged double-cleansing convert – my face just does not feel clean without it! That said, I’ve still yet to find a oil-cleanser I love. I like Innisfree Apple Juicy cleansing oil, a lot even, but I don’t love it and life is too short to stick with cleansers I don’t love, ya know? 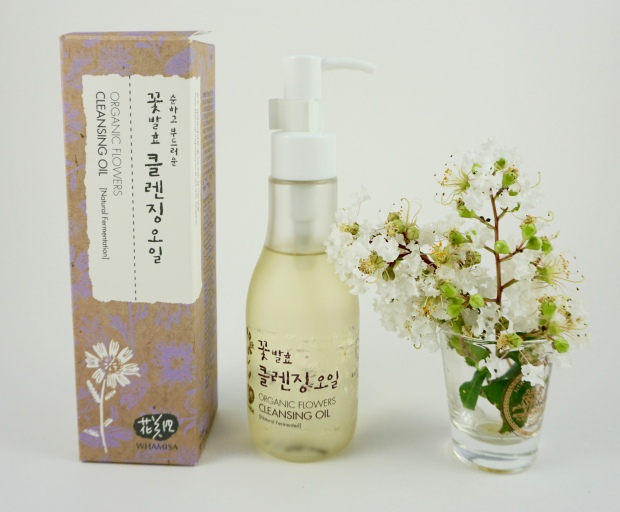 WHERE I BOUGHT IT

The real reason I chose this oil, I admit, is because it was cheap. I purchased this off GMarket where it was heavily discounted, with Avecko’s help, for about $8. It is possible to order this from Gmarket directly, but EMS shipping is the only option if you go that route. It is also newly available on TesterKorea but in a different bottle.

As always, Whamisa impresses with its packaging design. I mean, look at the etching of flowers! 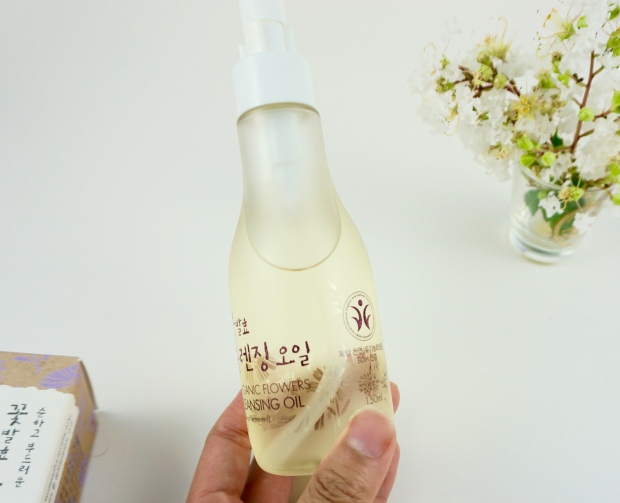 It comes in a light but sturdy plastic bottle. It seems like Whamisa has been revamping its packaging based off this image posted to their website recently and this seems to be the new packaging for their cleansing oil.

About a week into using the oil, the pump started to malfunction. I have to push down really hard to get the pump to budge and after I manage to push it down, it takes forever to come back up. I usually do 2-3 pumps of this oil when washing my face, and the pump issues have made this oil extremely annoying to use.

This cleansing oil has a thin consistency and is very fluid. It’s got a yellow tinge to it and has a smell that is neither sweet nor floral, but rather a bit herbaceous and musty – I think chrysanthemums are the large contributor to this scent, although I’m not sure. It is not overpowering in any way, but I can’t say I’m a fan. 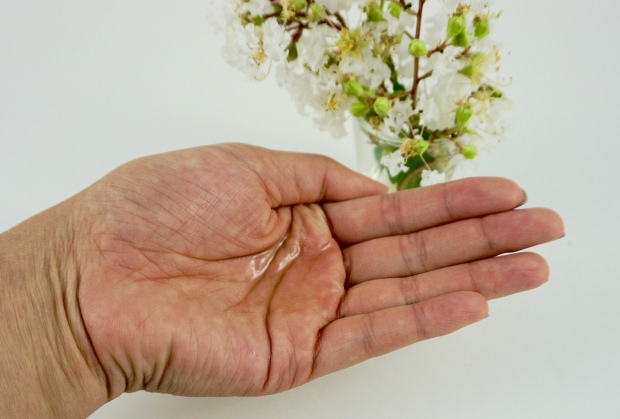 This oil removes makeup well and does not irritate my skin. It glides across my dry face better and faster than Innisfree’s Apple Juicy cleansing oil (warning: lots of comparisons with IAJCO in this post because that’s my standard of a good oil cleanser and the one I’ve mostly used) and as a result, I find myself having to use less product than I did with IAJCO. For the most part, I am digging the thin and smooth consistency, but sometimes I wish the oil were thicker!

The thin consistency is definitely different from what I’m used to with IAJCO. Even though this oil cleanser removes makeup, the makeup doesn’t really melt or mix with the oil. It forms a chunkier makeup/oil face soup than I get with IAJCO. I’ve heard the mantra “like dissolves like” many times to explain why oil cleansing works, but with this oil there’s less dissolving than I’m used to. It still works, it just confuses me a bit.

Another downside of having such a thin consistency is that it’s less conducive to face massages. First of all, this stuff runs down my arms faster than I can react to it. Also, a few times a week, I will oil cleanse for a prolonged period of time in a yet-to-be-successful attempt to get grits (fyi no grits yet with this cleanser either). I try to massage as delicately as I can, of course, but sometimes the urge to really get in there and rub something out takes over. It may be entirely psychological, but Innisfree’s AJCO, because it is so thick, forms a nice, substantial barrier between my fingers and my skin and makes me feel like I have an extra layer of protection to minimize any excessive roughness I may be exerting. With Whamisa’s cleansing oil, the safety net feels a lot smaller. 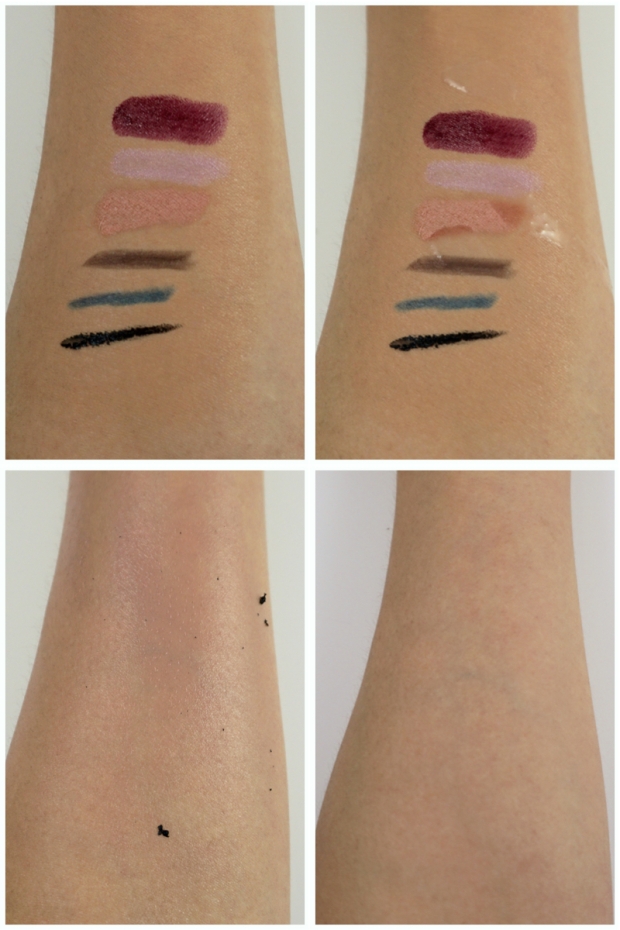 The main question I had with this oil is understanding how it works. This oil emulsifies and rinses off fairly cleanly, but doesn’t contain any obvious emulsifiers! Here’s the full ingredient list, with cosdna acne triggers and irritants indicated, to see what I mean: 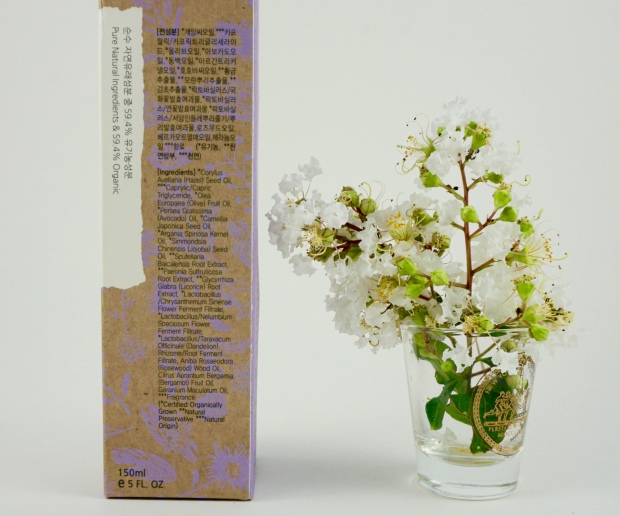 There are lots of good and interesting ingredients there, but when I looked it up on cosdna, I noticed there are no emulsifying agents identified. With all-natural brands that avoid adding / listing chemicals in their products, I usually look for esters or saponified oils in the ingredient list to explain emulsification but with this oil, even those indicators were not to be found. I had two theories as to why this product works and, determined to get to the bottom of this mystery, worked my way through both.

I should reiterate at this point that my understanding of chemistry is remedial at best, so its very possible this fermentation –> esterification –> emulsification theory is all wrong, but it makes enough logical sense to me so I am declaring this mystery solved, barring new information!

Thin and light cleansing oil that effectively removes makeup. It’s a decent, non-irritating cleansing oil but, I don’t know, I’m still not in love. If it were a little thicker and washed off a bit better, it would be an excellent oil cleanser. Next up in my cleansing oil roster are (this ridiculously beautiful) RECIPE’s marine mineral cleansing fluid and a deluxe sample of the (very highly regarded) Shu Uemura cleansing oil (pink bottle).

Cons: not a fan of the scent, a little too thin

8 thoughts on “Whamisa Organic Flowers Cleansing Oil Review, aka, the Mystery of the Emulsifier and Preservative Free but Water-Soluble Cleansing Oil” 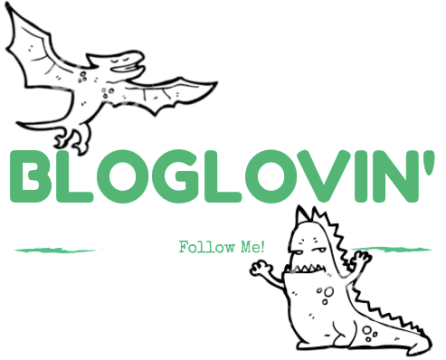