God, this essence would be a lot more exciting if it contained real dragon blood. Alas, dragons do not actually exist and the stuff in this essence isn’t blood at all, but tree sap, but it’s kind of an interesting ingredient nevertheless. 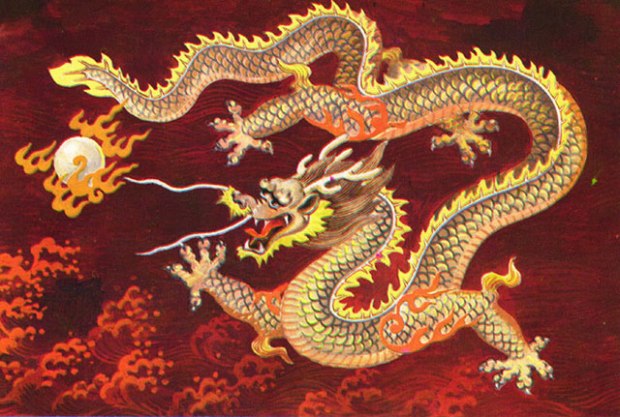 This essence comes in a red, glass pump bottle. I feel like an opportunity for awesome packaging was sorely missed here. Ladykin makes a snail cream in a snail container. Why is my dragon blood essence not in a dragon-shaped bottle? 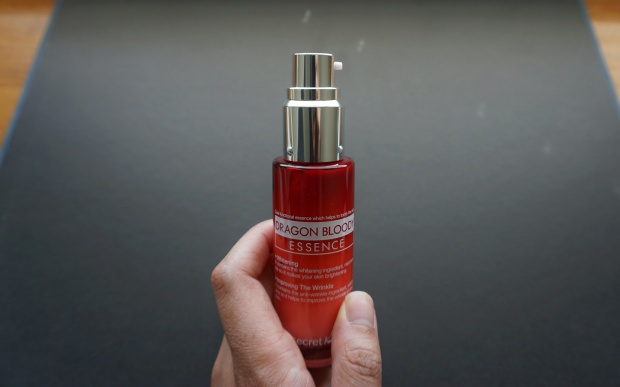 This is a cream-like essence and is slightly red, but a nice, friendly pink red, not a blood red by any measure. Part of me wishes this essence was redder, but I’m glad it does not leave any redness once it’s thoroughly patted in.

I apply about two pumps to my face. The essence absorbs quickly and fully. It smells like lipstick (weird I know) but the smell is very faint and fades quickly.

I did a search in cosdna for an ingredient list, but noticed the ingredients were slightly different from what was listed on the bottle so I ended up translating the whole thing. Maybe Secret Key changed the formula? Who knows. Irritants and acne triggers per cosdna are indicated below as well.

The star ingredient is Dragon’s Blood, which is actually the blood-colored sap of the Croton Lechleri tree. A few things I found out about this sap:

Despite it’s many folk remedy uses, it does not seem like dragon’s blood has been studied or used very extensively as a skincare ingredient. Nevertheless, its anti-inflammatory properties seem promising. I do wonder if Secret Key released this product on account of the amount of press Rodial received for its Dragon Blood Sculpting Gel, which counts Lady Gaga and Angelina Jolie as fans.

Other ingredients with more established effects are niacinamide and adenosine. Niacinamide is excellent at reducing water loss, reducing hyperpigmentation and increasing skin lightness, and maybe stimulating collagen production. Adenosine is anti-inflammatory and has been shown (in a L’oreal study) to increase skin smoothness.

After a month of use, the dragon blood does not seem to have made any drastic steps in healing my skin (which currently has a good amount of acne scarring that could use some healing). However, I have been really impressed with the brightening powers of this cream! I apply this both in the morning and at night, and there is an immediate improvement to the evenness of my skin tone and texture. In the mornings, I have noticed my pre-morning-routine skin looks noticeably brighter and less dehydrated. Sometimes, my skin even looks glow-y, which is a huge improvement from its usual dull-ish state. Also, if I go heavy handed on horse oil essence the night before, I can almost get away with not using a cream and relying solely on this essence, Hada Labo gokujyun hyaluronic lotion, and Goodal waterest lasting water oil for moisture. Since it’s basically summer in LA now, being able to forego a heavy moisturizer in summer is a huge benefit.

Final Thoughts: This essence absorbs quickly, has excellent brightening effects, and (I think) is helping improve the moisture levels of my skin. Great to have around for summer months, especially considering koreadepart is selling this for 76% off.